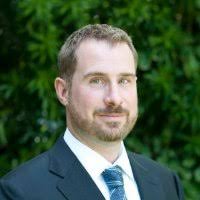 Broadhurst LLC’s Managing Partner Kyle Broadhurst, completed his tenure as the President of the Cayman Islands Chamber of Commerce at the end of January. Reflecting upon his year at the helm, he stated that one crucial accomplishment was to provide the Chamber with a road map for the next three years, covering areas such as education, employment and workforce development, economic growth and diversification, regulatory efficiency and community development.

Mr Broadhurst also stated his pride in the “Growth Matters” campaign which involved a series of videos explaining the importance of economic growth and how it is generated. These videos have received international acclaim and have been viewed worldwide hundreds of thousands of times, inspiring other Caribbean territories to launch similar projects. Mr Broadhurst commented that “This was an amazing project to be a part of during my term as President. It was the embodiment of a great deal of work by a number of people and evidence of an evolving and dynamic Chamber of Commerce.“

Mr Broadhurst handed over to incoming President and fellow Leadership Cayman graduate Paul Byles, who has committed to continue many of the initiatives commenced by his predecessor.